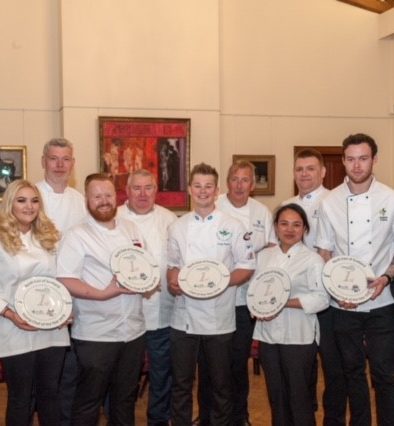 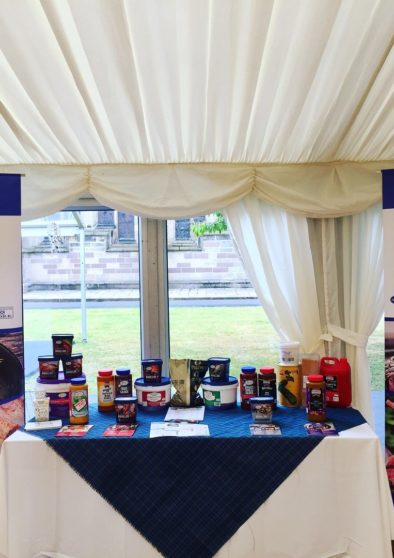 Well done to everyone who worked at the event & a BIG well done to the entire team at Aberdeen University.

None of this would happen if it wasn’t for the work of Karen Black & her amazing team at Hospitality training. 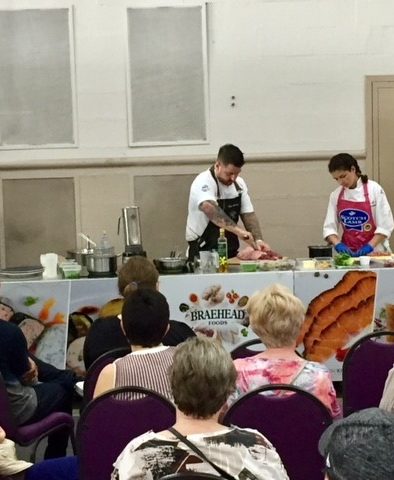 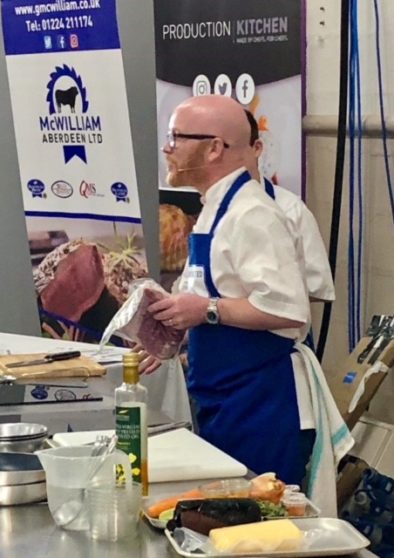 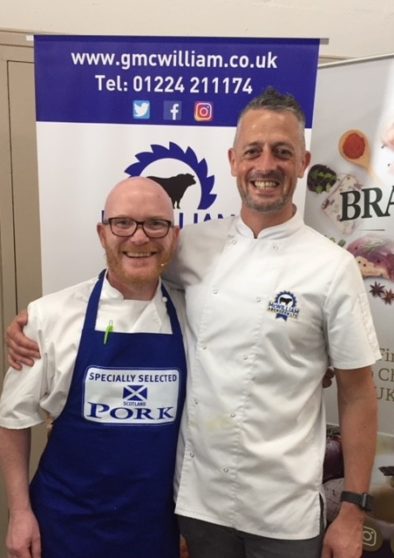 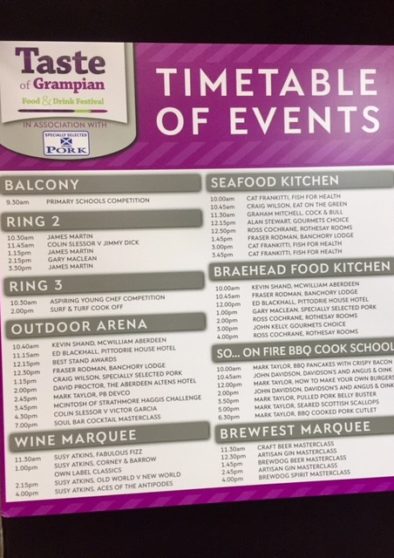 With over 200 exhibitors and a huge array of cookery demonstrations, beer, wine and gin tastings AND live music all day, there was over 15,000 visitors on the day.

We were delighted to be involved with this year’s Taste of Grampian which is held at the Thainstone Mart, Inverurie

Kev Shand our resident chef was asked to come back again & do some cookery demonstrations using Local produce. He opened the event inside the Exchange building on the Braehead demo kitchen before rushing to the outside arena to cook a Scotch Lamb dish in front of lots of Foodies.

On stage that day along with Kevin was Master Chef winner & ‘Scotland’s National Chef’ Gary Maclean plus other local chefs such as Fraser Rodman, Head chef of Banchory Lodge & Ross Cochrane, Head chef of Rothesay Rooms in Ballater.

All cooking with a Young student from a Local academy which was delightful to see giving it is the Year of the Young people. 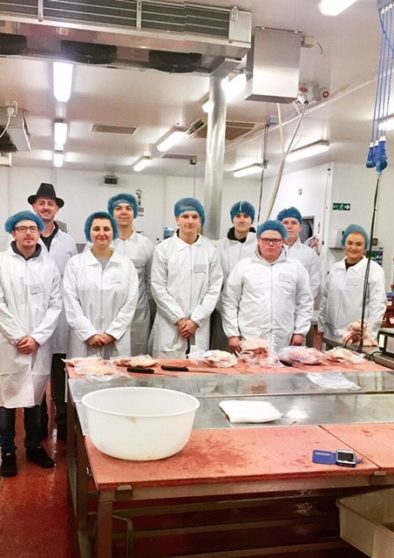 Supporting our Young chefs was on the agenda when Hospitality training visited the McWilliam butchers factory.

You can find out more about which cookies we are using or switch them off in settings.

This website uses cookies so that we can provide you with the best user experience possible. Cookie information is stored in your browser and performs functions such as recognising you when you return to our website and helping our team to understand which sections of the website you find most interesting and useful.

You can adjust all of your cookie settings by navigating the tabs on the left hand side.

Strictly Necessary Cookie should be enabled at all times so that we can save your preferences for cookie settings.

If you disable this cookie, we will not be able to save your preferences. This means that every time you visit this website you will need to enable or disable cookies again.